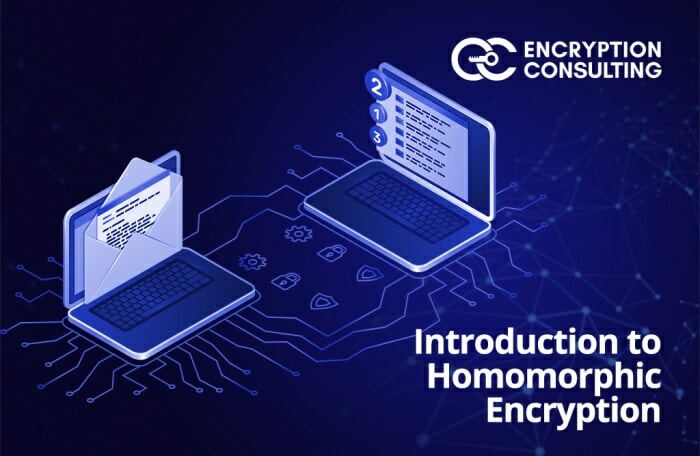 Organizations nowadays are storing and performing computation of the data on the cloud instead of handling themselves. Cloud Service Providers (CSPs) provide these services at an affordable cost and low maintenance. But to ensure compliance and retain privacy, organizations need to transfer the data in an encrypted format, which does ensure the confidentiality of the data. However, once the data reaches the cloud, the CSP has to decrypt the data to perform operation or computation.

Decrypting the data to the CSP loses the data’s confidentiality, which may concern the organization for not being compliant to data privacy regulations such as GDPR, FIPS, PCI DSS, CCPA, etc.

What is Homomorphic Encryption?

Homomorphic Encryption makes it possible to do computation while the data remains encrypted. This will ensure the data remains confidential while it is under process, which provides CSPs and other untrusted environments to accomplish their goals. At the same time, we retain the confidentiality of the data.

Like other asymmetric encryptions, homomorphic encryption is encrypted using a public key and can only be decrypted by the respective private key. But while the data is encrypted, operations can be performed on the data, which retains confidentiality, and helps organizations achieve compliance even when using untrusted environments.

Why Do We Need Homomorphic Encryption?

Data creation has been increased tremendously in recent times, sent/stored in multiple environments belonging to other parties such as CSPs or other third-party organizations. From startups to big organizations, everyone uses CSPs to store or process data, where tools such as Big Query are used for data processing.

CSPs do provide some control over the data customers store in their environments, but those controls depend on CSPs. While users can encrypt and store data on CSPs, conducting computation on the data would be limited. Thus, standard encryption is only limited to data storage alone and does not provide any meaningful analysis that can be used.

To be able to process data while ensuring data privacy, researchers are focusing on privacy-enabled computation. Homomorphic Encryption (HE) is one of the promising approaches in this direction.

They are mainly of two types:

Partial Homomorphic Encryption such as RSA and Paillier cryptosystems does support additive and multiplicative homomorphism. In 2009, Craig Gentry proposed an FHE scheme based on lattices for the first time. An FHE scheme usually supports addition and multiplication ciphertexts as follows:

HE makes it possible to achieve privacy-preserving computation in almost every scenario. Some of those include:

Give us a call

Stay in the know

Securing the world's most sensitive data.